Costa Rica was the second stop on our 2011 Thanksgiving cruise on the Carnival Freedom. To date this is one of the best itineraries we’ve sailed due to what we felt was the perfect mix of port days and sea days, allowing us to relax and reflect between stops:

Puerto Limon, where the ship docked in Costa Rica, is very industrial and not much to look at. When you get off the ship, you’re directed into a small shopping area where the “approved” tours also meet. My wife had set up up with a private tour through Your Lucky Tour, a vendor who we had to meet just outside of the market. We’d seen a few people on a certain cruise board say that this area wasn’t that safe, and to keep an eye on your family as you walked through the market, but none of us ever felt it was unsafe as we walked through the shops and exited on to the street. We quickly found our guide Pablo, who was holding up a sign with our name on it, and headed for his cab.

Our tour was a bit up a mash-up of the ones they offer on their site, and would have us in the car driving around the area quite a bit. It was cloudy and somewhat misty most of the day, but even with that, we found Costa Rica to be a beautiful country. Pablo was an awesome guide, and gave us quite an education on the country, and each of the places we stopped. We did have one heart pounding moment, as we stopped at a checkpoint and had to hand our passports to a couple of men with M16s, but outside of that never felt uncomfortable or unsafe. In addition to a quick stop at a local stand to try some plantains, our tour took us to some pretty cool places:

Jaguar Rescue Center: Despite the name, they rescue far more than just jaguars, including various monkeys, sloths, baby possums, and a few more I’m sure I’m forgetting. While we got to see a couple of younger sloths, they understandably do not allow visitors to touch them, as they’re very fragile animals. The monkeys, however, love to interact with the visitors, and once you’re in there, at least one will find a home on you. When we were in the monkey house, one of them immediately hopped on to my shoulder and couldn’t’ stop playing with my head. Jen and Bayley had similar experiences, but their monkeys immediately curled up in their arms and fell asleep. In addition to the monkey enclosure, we had a guide who gave us a very thorough tour of the facility, showing us various animals along the way. 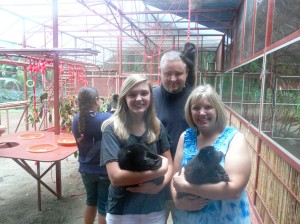 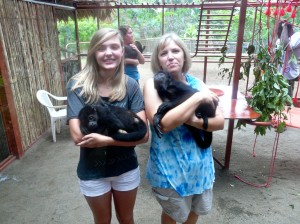 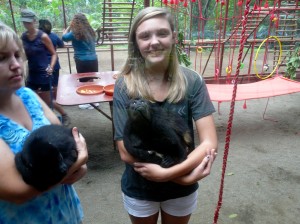 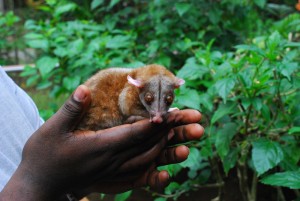 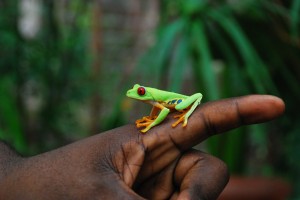 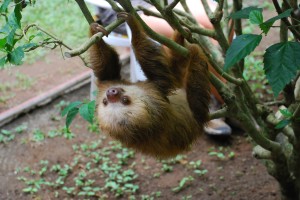 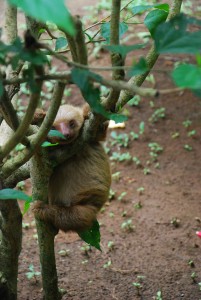 Puerto Viejo: After the rescue center, we drove a short ways to Puerto Viejo to walk around and do some shopping. This is an awesome little town right on the water that’s home to some very warm and friendly people. We walked around for about 45min or so, and picked up some things in a few local shops. In the pic of the red car below, the guy standing next to it on his phone is our guide, Pablo. 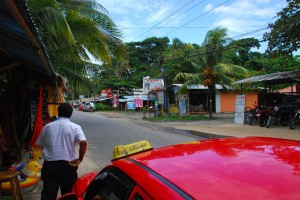 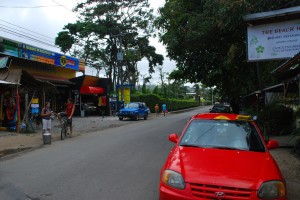 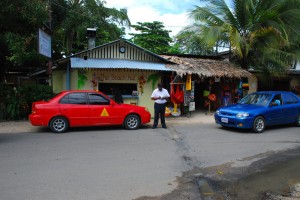 Parque Nacional Cahuita: The highlight of this stop was the hike to the beach. I don’t remember the exact length, but we were out there a while, and it was one of the coolest hikes I’ve ever done. The trail was pretty lush, and along the way our guide stopped to point out several different animals: crabs, sloths, a raccoon, and some rather large iguanas (one circled in red in a pic below). Since the trail is near the beach, it’s all sand, and was well worth the walk. It would have been awesome to spend some time at the beach, but we’ll save that for another trip down there. Again, it was an absolutely stunning hike. 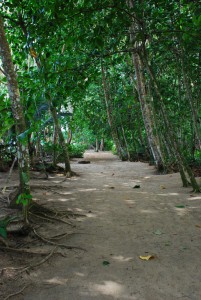 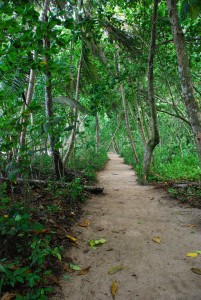 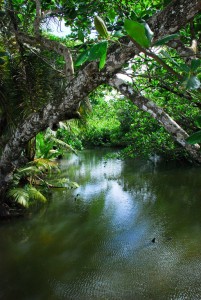 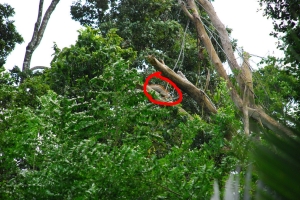 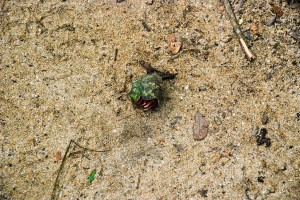 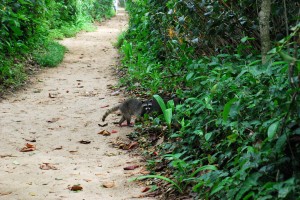 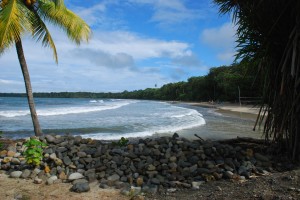 Those stops pretty much covered the day. As mentioned, we also stopped at a small stand to try some local plantains, which I actually enjoyed. Surprising since I despise bananas. Anyway, after arriving back in the port area, we decided to walk around town and do some shopping. Despite the warnings on a specific cruise forums site, we never felt unsafe walking around, and everyone we encountered was friendly. Yet another stop we’d like to go back and spend more time at! 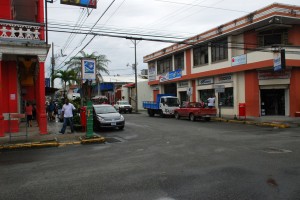 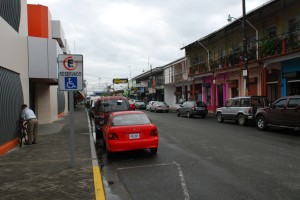 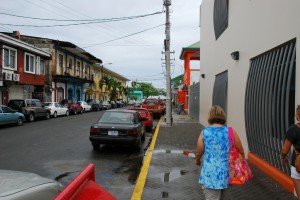 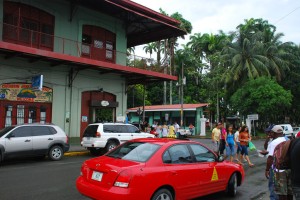 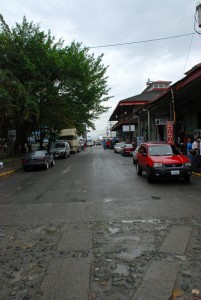 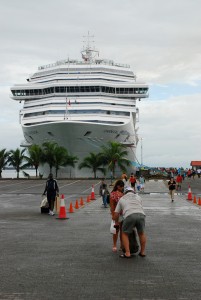