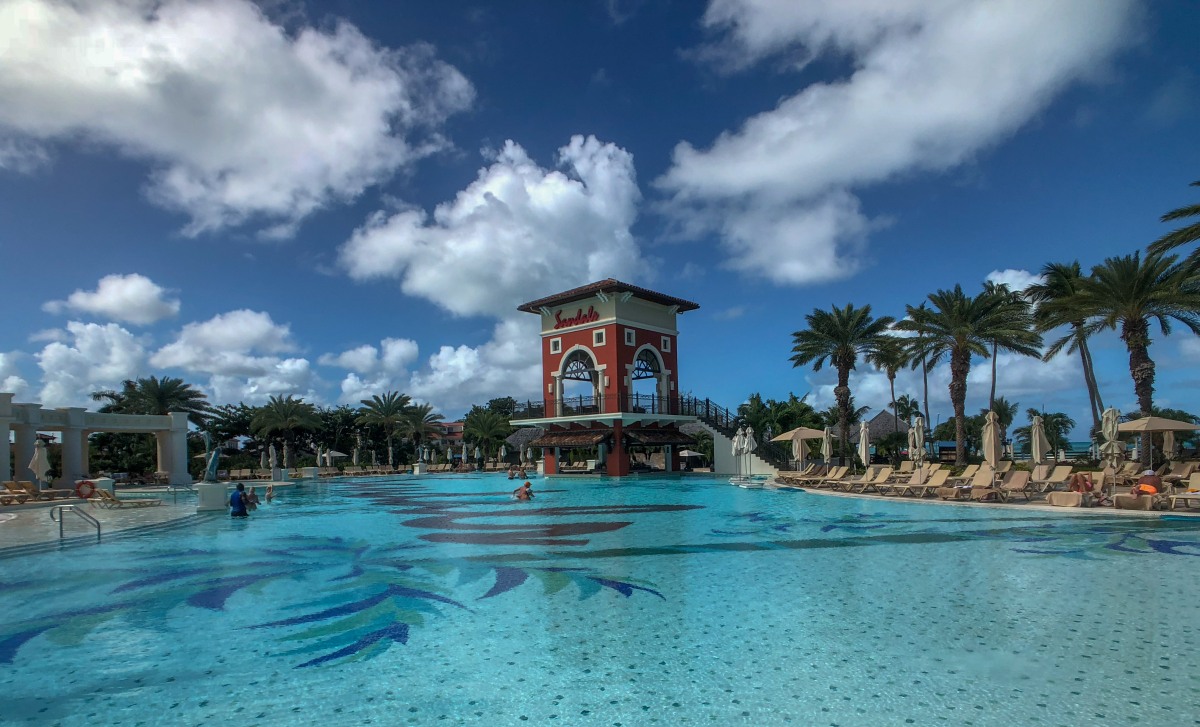 I really should have titled this one “The Port!” since we only got off the ship once :). The final itinerary we sailed changed a couple of times, impacted the most by the devastating hurricanes that came through the Caribbean back in September. Originally included on our itinerary were San Juan and St Martin, with both being (understandably) pulled from the schedule not long after the storms devastated both islands. As a result, our final itinerary ended up being Antigua, St Thomas, and Nassau. Of those three stops, Antigua is the only one we’d never been to, so we decided to stay on the Seaside in St Thomas and Nassau, as we wanted to get as much time on this new ship as possible.

Not seeing much on the list of ship excursions in Antigua that we really wanted to do, we decided to get day passes to Sandals Grande Antigua. We’ve had good times with day passes at Sandals in the past, and wanted to check out this resort and its beaches. Having a pool with a swim up bar doesn’t hurt either! The Seaside arrived early in the morning, sometime before 8am. We really weren’t in a big hurry to get off the ship, so while the girls slept in, I just walked around, ate some breakfast, and took a few pictures:

After a relaxing and slow morning, we finally got off the ship a little after 10am. Things in the port were a little hectic, it’s a small port area and including the Seaside there were 4 ships docked that day. We did find a cab pretty quickly, however, and were on our way at a cost of $12 for all three of us (one way). The drive over was interesting, to say the least. It was Boxing Day, which is celebrated on the island, so many of the streets in the port area were blocked by different activities, including an actual boxing match. Apparently anyone can just challenge someone else to a fight and step in the ring! We did eventually get around all of that, arriving at Sandals roughly 25 minutes after we left the port.

Upon arriving at Sandals, we checked in, got information on when our tour would take place (a requirement for travel agent day passes) and headed down to the pool/beach area in the Mediterranean Village area of the resort. Since it was approaching lunch time, we decided to eat first, so we stepped in to the open air restaurant Barefoot by the Sea for a quick bite to eat. From start to finish, it was definitely an enjoyable experience. Beautiful setting, tasty burger, excellent service, yea, it was a good choice! 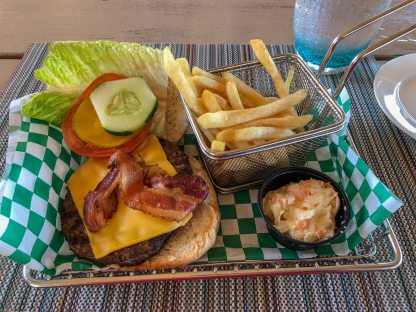 Next up was some beach time. Their beach is connected to a public beach, so the only thing that’s really limited to Sandals guests only are the loungers. The ones with umbrellas were all taken, so we grabbed three in the sun and spent a little time relaxing. The beach itself is beautiful, but due to time of year, the water was a little chilly, so none of us went in for more than a minute. It was a bit windy, too, so after about 30 minutes or so, we decided to move to the main pool in the Mediterranean Village portion of the resort (full map here). This is the part I really enjoy, as I’m a fan of swim-up pool bars. We probably spent a couple of hours at the pool, both relaxing on the loungers and over sitting at the pool bar. Excellent drinks in a quiet atmosphere with blue skies overhead. Definitely the way to spend a port day!

Just before 2pm we headed back up to the lobby for our tour. This resort had just reopened after a 3 month closure for renovations, so it was nice to get to see the place right after all of that work was completed. I’ve got a bunch of pictures of the resort at the end of this post, but I will say that we were impressed with what we saw. The views from those ocean-facing rooms is amazing, everyone we met during the day was friendly, and the property has plenty of space to allow for activities, entertainment, or just plain relaxing. One of the highlights for Bayley was the cat cafe. They have a few cats roaming the property, so over by the spa they have a little open air cat house where they keep some food and water. We didn’t initially see any cats in the area, but as we were walking away, one jumped out of the bushes and eventually let Bayley pet it.

After hanging out with the cat for a bit, we headed over to the Garden Pool in the Sunset Bluff portion of the resort (resort map) to relax a little more before departure. We’d pre-arranged a departure time with our cab driver, so I think we had something like 30 more minutes at the resort before he arrived, and we weren’t going to waste it! This is a beautiful resort, and we enjoyed all of our time there. A big thank you to the staff for the tour, as well! Enjoy a few more pictures from our time at Sandals Grande Antigua, and (shameless plug) if they inspire you, feel free to contact Jen about booking a stay here! 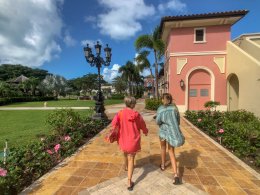 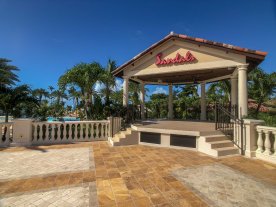 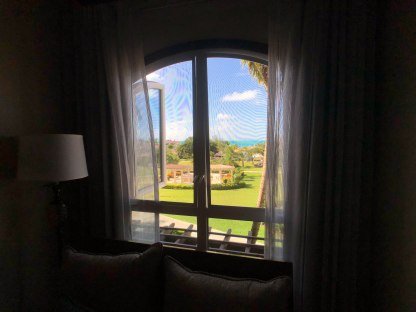 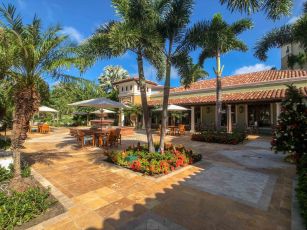 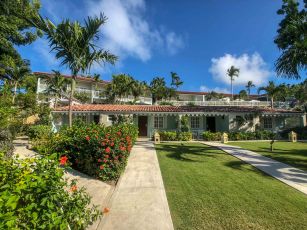 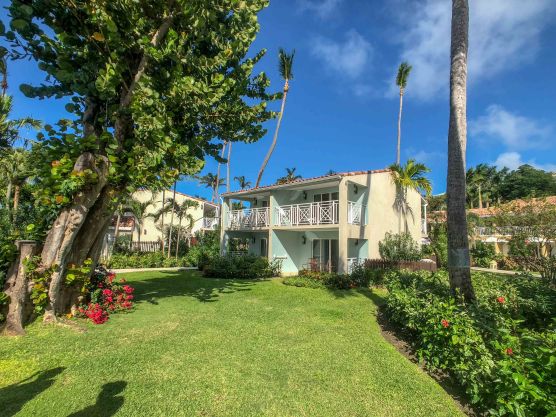 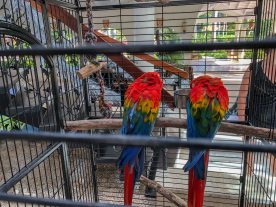 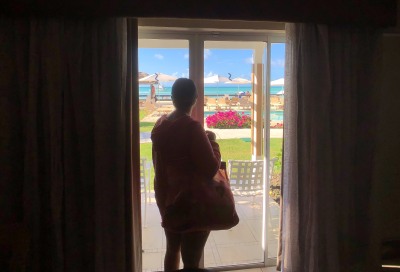 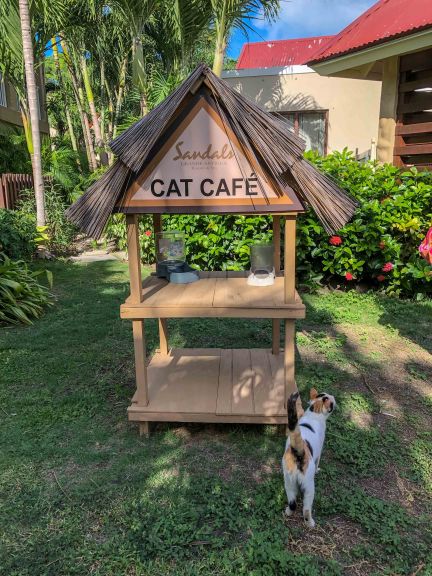 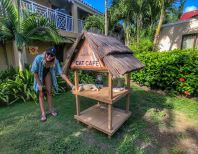 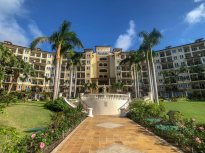 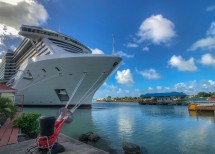