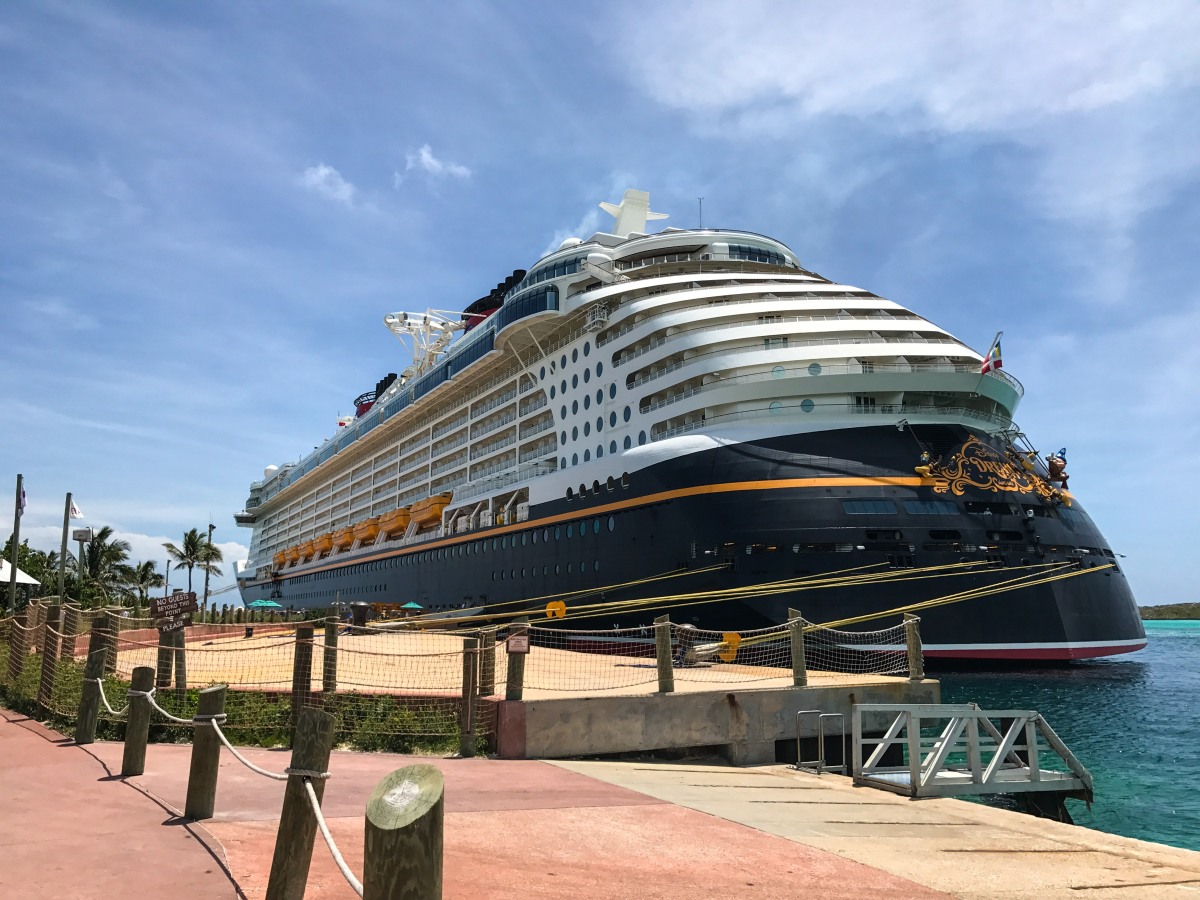 Finishing out my series on our adventure aboard the Disney Dream, I wanted to cover our debarkation experience and look back at what we liked and didn’t like about this sailing. If this is the first post you’ve read in our Dream series, I encourage you to hit this link and check out our previous posts first!

Debarkation was a bit of a whirlwind for us. We’d tagged our bags the night before and put them out at the required time of 10pm, earlier than any other sailing I recall. We’d been given Daisy tags, and assumed they’d be calling the characters in a specific order, similar to numbered debarkation order on most lines. We were wrong.

When we woke up in port Friday morning we started getting ready, and after Jen turned her phone on, she started getting a series of texts letting her know of a bit of a family emergency going on back home. This suddenly meant our plans had changed, and that we needed to get off the ship and back to NC as soon as possible, so we headed to guest services to see if we could get off before our character was called. That was the point at which we found out there is no real debark order, you just get off whenever you want and head down to pick up your luggage from the zone that matches your tag. That was a first, and boy was it fast. We headed right for the exit, and with everything going on, I never had a chance to get any pictures, but one nice touch as we exited was that the Captain was there seeing guests off.

After exiting the ship and finding our luggage, we headed for customs, which was also a breeze, as we didn’t need to fill out and present a declaration form. We simply handed him our passports, he asked if we had fruit, and as soon as we said no we were on our way. It might have been 30 minutes from the time we started walking down the gangway until we arrived at our cars in the hotel parking lot. It was all very smooth, which we really needed at that point. A+ for debarkation, it was nice and smooth.

Moving on, there are a few things that stood out to me over the course of this sailing:

So on to our positives and negatives. First up, the positives:

The negatives, of which there were few:

That’s really it for negatives, and none of them are really worth complaining about in my opinion. Our week on the Dream was excellent, and none of the above items took away from our fun at all.

In closing, I’d have to say that if you’re a Disney fan and have never sailed with them, you’re missing out! We really enjoyed our cruise, and would easily sail Disney again! They’re obviously a very family oriented line that provides a great experience for the kids while giving the grownups a chance to have fun as well. If a Disney cruise isn’t on your list, it should be!

2 thoughts on “Sailing With Disney – Debark and Final Thoughts”